Give us your hand, make a stand and let us together be a hurricane to human trafficking

Human trafficking is the trade of humans, most commonly for the purpose of sexual slavery, forced labor, or commercial sexual exploitation for the trafficker or others. 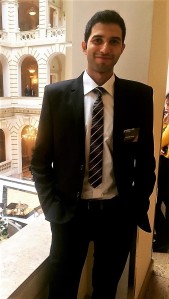 Skander is passionate about innovation, entrepreneurship, business development, economics, project management and constructive communications. His ideas are put into the promotion of human rights and common-grounds through collaborative-work innovation to stimulate development and improvement. You see him most fulfilled when helping others and making a difference. As an enthusiast of active participations in various sectors. He is a volunteer member in the Humanitarian (care packages campaign) by Dubai Chamber and he participated as a delegate in the 20th Public Relations World Congress, by IPRA in Dubai.

Racha is a feminist international award-winning women rights and anti-human trafficking advocate. She was named among top 5 inspiring female entrepreneurs in the Arab World. She is also a Fulbright Alumna at the University of Kentucky, a journalist and a university professor of public speaking and professional communication. She received her double masters’ degrees in International Relations and International Development and Cooperation from the Universities of Tunis and Palermo. Racha is also an internationally CPD certified trainer on Human Trafficking. She is extremely passionate about fighting human trafficking and modern day slavery. She was honored three times, and received the Women’s Rights Award from the United Nations Association, the Leadership Award from the University of Kentucky, and an award from Thomson Reuters Foundation. She published her research on “The Developments of Trafficking in Women in Post-Revolution Tunisia” on Slavery Today Journal.

Hafid is a Lawyer specialised in Euro-Maghreb Relations and Migration issues. He is a researcher on the topics of migration and human trafficking in the MENA region. He is also an advocate for human trafficking and migration rights. He has a Masters from the Faculty of Political and Social Legal Sciences of Tunis 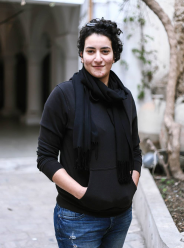 Dorra Mongalgi used to be a physiotherapist before she decides to enroll in an MBA political science and  International relations. She seeks innovation in her work and encourages the use of alternative tools to promote art, culture and human rights.

Dorra contributed in the creation of safe spaces for women and gender non conforming people. She condemns gender based violence and all kind of oppression and discrimination that harms the dignity,  physical and moral integrity of one’s person.

Mona Ayoub is a human rights activist. She is an advocate for refugees, migrants, and survivors of domestic violence. She is an active member in refugee crisis relief in her home country Lebanon since 2014; giving language and art therapy sessions for children and women in Syrian refugee settlements. She has also been a victim support advocate for survivors of domestic violence in Maine, USA.  Mona is passionate about ending gender-based violence, and human trafficking. Her work centers around empowerment through writing, education, permaculture, language, art, and art installation.

You have a question, comment, proposition, an idea and/or just to show us support then do not hesitate to talk to us on not4trade@gmail.com or write us below. It will take you few minutes and may give you additional knowledge!